“The Weight of a King”

Kazuya Souma has begun to adjust to the challenges of being the acting king but that doesn’t mean the challenges he faces are subsiding. After the events of the rebellion, Souma now has to somehow repair alliances and make some choices that he’s never faced as a king. Can Souma continue to use his teachings from his world to help Elfrieden or will his newfound position begin to corrupt him like many other rulers before him? With the help of Liscia and his allies, Souma will make choices that will no doubt have grandiose consequences…

Before going into season 2 of How a Realist Hero Rebuilt the Kingdom you need to ask yourself one dire question. Did you really love the themes and scenarios found in season 1? If you answered yes, then good news, season 2 is about the same. Souma has clearly begun to get used to the trials and tribulations that come with being a king and having to make some rather tough calls—like killing people and taking the lives of former kings—but his challenges in season 2 feel very similar to season 1 Don’t expect an entirely new story with shocking moments and surprises, season 2 of Realist Hero is enjoyable but it can feel like a copy/paste of the first part of Souma’s tale. 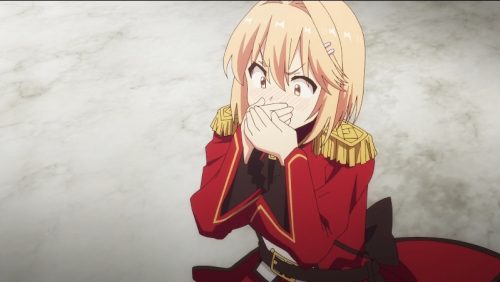 Harem fans you may want to grip your chairs for this revelation. Realist Hero actually feels more like a harem than most literal harems! Souma’s lovely cast of girls like Aisha Udgard and his “wife” Liscia surprisingly make moves on our king and end up showing they really love our Souma. We were shocked to see Souma have another wife in season 2 but he also gets a consort in the form of the oppai blessed songstress Juna Doma! Can we become kings too, so we can get our own harem of big-chested waifu? 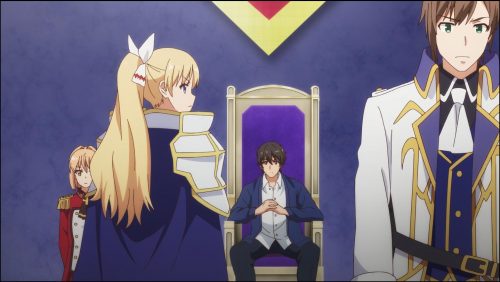 The beauty of not trying to change too much from part 1 of Realist Hero is the fact that our tale still retains the focus on a smart MC rather than an OP one. Souma still lacks special abilities aside from his “ghost” magic and that means for the numerous situations he is slammed into, he uses his Machiavelli teachings. Realist Hero is still one of the smarter isekai anime we’ve watched and it reminds us OP heroes are cool but smart-witted ones are even cooler.

We you caution, readers, that spoilers were in our review but here’s one more warning, if you somehow didn’t see the final episode, turn back now! For those that stayed let’s discuss that ending of Realist Hero! Souma learning from the previous king and queen that they had seen an alternative time where he wasn’t the king and ended up failing due to his lack of powers was the real shocking moment of season 2. That being said, it gave the series a more hearty realism as it never made sense for the king of a nation to just give his throne to a young man he really didn’t know!

Let’s also talk about that actual proposal that really made us stand up clapping for our Souma and Liscia. It is rare to see male anime leads drop the big question and we were jaw-dropped when Souma made it official that Liscia was his first wife/queen and set up a nice future for them both. Yes, we’d love a third part of Realist Hero but if the series ended on part 2, we’d be perfectly fine with it. 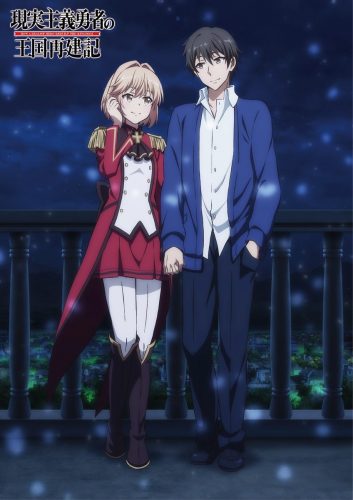 How a Realist Hero Rebuilt the Kingdom Part 2 doesn’t change much of the formula from part 1 but that might have been for the better. Not only was the story more impactful and had some nice—albeit few—surprises, we really loved how it all wrapped up at the end. Realist Hero should be checked out by all isekai fans wanting something new and we highly recommend part 2 for those who were worried it wouldn’t live up to the initial part.

Have different opinions on How a Realist Hero Rebuilt the Kingdom Part 2? Let us know your fiery thoughts in the comments below! Be sure to keep stuck to our sometimes realist hive here at Honey’s Anime for even more anime reviews and articles!

Hey everyone I’m Aaron Curbelo or Blade as I’m called by my YouTube Subscribers. I’ve been an anime/manga fan since I was a young kid. In terms of anime I have watched nearly a thousand shows and have read hundreds of manga series. I love writing and honestly was so happy to join Honey’s Anime to get a shot to write articles for such a wonderful site. I’m a firm believer in respect in the anime community being the most important embodiment we should all have. We all love anime and we have varying opinions of series but we should respect one another for those differences! Life is too precious to spend it making needless arguments in a community that should be the shining example of loving an amazing medium. I hope as a writer for Honey’s Anime I can bring you folks some amazing articles to read and enjoy!