“Who are you people? Where am I? I don’t get it. Wasn’t I just flying around with a couple of swords in my hands? Like ‘Whoo!’, the Tita-“.

Falco, dazed from a head injury in the middle of a warzone is dragged from danger by his brother Colt. His friends Zofia, Udo, and Gabi splash water on his head to bring him out of his strange daydream. The action of the war, the gunfire, and Gabi’s expository dialogue about how close they are to victory in this four-year war distract Falco (and us) from the really weird thing he’d just said. Not to mention that these are children who appeared to be younger than Eren and his cohort were when they began their training in the 104th Training Corps. These children, who have been at war for at least four years, are Eldians affiliated with what we come to know as Marley, and they are at the cusp of proving themselves worthy candidates who will inherit the various Titans under Marleyan control.

The combat is very similar to the trench warfare that the First World War came to be characterized by, indicating the existence of modern, familiar technologies. The kids, and everyone we’re introduced to in the initial stages of The Final Season Part 1, are people raised in the outside world, far away from the Titan horror, so how could Falco have had such a strange vision? He spoke as if he’d been spirited away from one combat situation into a disorienting second, but a vastly different one. Just where he was, and what exactly prompted that vision in the first place, considering the varied influence of memory manipulation prevalent in Shingeki no Kyojin.

During the crucial battle between Eren and the supporting Jaegerists; and the forces of Marley, there are several moving parts. For one, the Marleyans, in addition to the prevention of the contact between Eren and Zeke, have the objective of retrieving Gabi and Falco alive. As we should remember from last season already, these two have been on Paradis Island for quite a while, initially surviving through the adoption of the aliases Mia and Ben and eventually being taken in temporarily by Sasha Braun’s family.

Remember that at some point, they become hostages of Eldians affiliated with Paradis Island and the Survey Corps, whom we know had the misfortune of drinking wine laced with Zeke’s spinal fluid. Unfortunately, Falco too had consumed the elixir that now became a partway bridge between the individuals, and a fate worse than death: becoming True Titans. 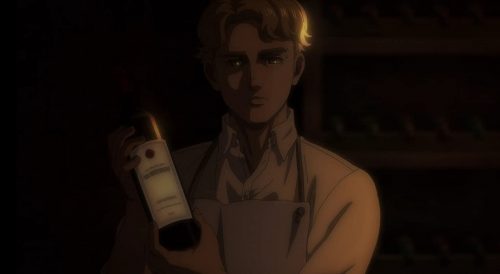 When Zeke arrives to make contact with Eren, he is met with heavy resistance. However, he is adamant that he will unleash the Beast’s howl and activate the spinal fluid in the bodies of everybody who drank the wine: the Survey Corps, the Garrison, and of course, Falco Grice. Despite Colt’s pleas to Zeke to let himself, Falco and Gabi at least be out of the range of the howl when Zeke activates it; However, Zeke makes the decision to use the howl anyway. Colt dies trying to embrace his transforming brother. 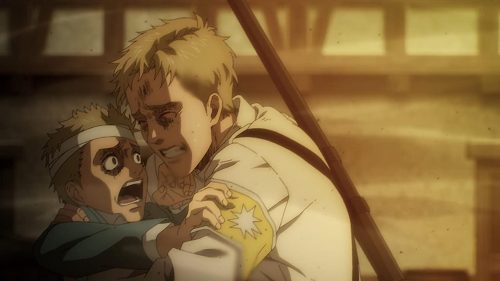 The fight to stop Eren from touching Zeke has taken a heavy toll on Porco Galliard, who feels that it is his time to pass the baton, allowing himself to be eaten by a very grotesque True Titan Falco, hence passing the Jaw over to Falco and allowing him to become human once more. 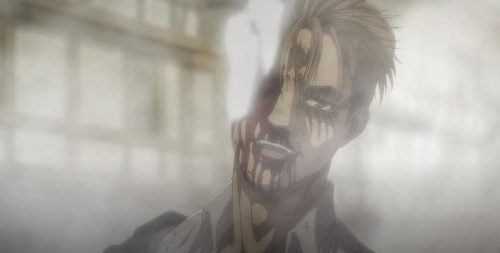 One thing we know about the inheritance of Titans is that memories are passed from host to host, so the current wielder of one of the Nine Titans will have access to the memories of their predecessor. However, Falco loses his memories right up to just before his Titanification. Connie uses this lapse in Falco’s memories to attempt to feed him to his mother in Ragako Village, but he’s stopped by Armin and Gabi. Why does Falco continue to survive the various precarities he has experienced, especially the ones where if he’d been anyone else, he’d be dead? Why does Shingeki no Kyojin continue to protagonize him and what bearing on that protagonism does his strange daydream in the middle of the warzone at the beginning of Season 4 Part 1? 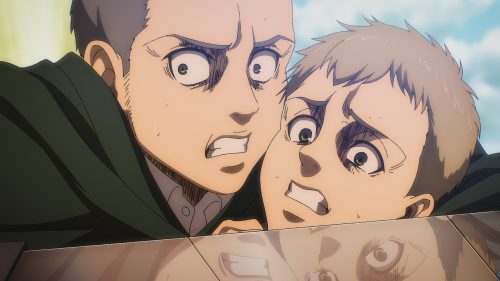 Considering Eren Jaeger’s own transcendence of what it means to be a character, an omniscient actor, a protagonist as well as an antagonist, are we really crazy to consider Falco Grice as yet another yet to be revealed omniscient actor? Or was his strange vision just that – a vision?

Here’s another consideration – the age-old friendship of the Red and Blue Ogres, better known to the community of anime and manga fans as the Goku/Vegeta rivalry or dichotomy. Effectively, a duo that is made up of one party who is generally considered a hothead, emotional or passionate; and another party who is more analytical, intelligent, and even more nuanced as a character.

Gabi clearly reflects much of Eren’s earlier fighting spirit – something that is much more easily reconciled with the role of a protagonist. In many ways, Gabi’s actions from her introduction in Season 4 Part 1 have been nothing but the actions of the main character – from her anger over the destruction of Liberio; to her murder of Sasha Braun; her sharpshooting that, had it been under any other circumstances, would’ve killed Eren; to her overzealous belief in the “wisdom” about the so-called “Island Devils” passed down from Marley and years of brainwashing prior to having her own realizations about the truth concerning the war, Marley, Eldia and world history as they know it. 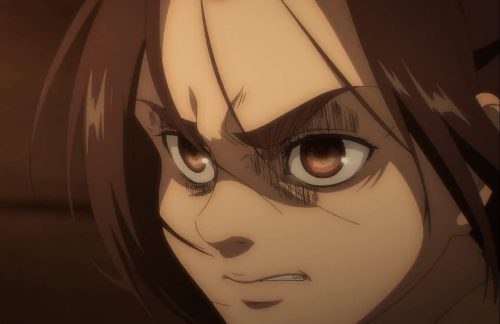 Gabi’s arc has been exceptional, but somehow, the show keeps diverting our attention to Falco,.who behaves much like an Armin or a Mikasa, or a strange combination of both, as he consistently strives to protect Gabi from harm despite the fact that she’s Much more adept in combat than he is prior to his absorption of the Jaw Titan, not to mention the fact that Gabi seems to have the greatest level of combat aptitude seen in an individual who is neither an Ackermann nor a current wielder of a Titan.

It is clear that while Gabi has moved the plot forward in some active ways, Falco has been integral to bringing us to this point – his unknowing friendship with Eren Jaeger and unknowing assistance of the Paradis invasion of Marley effectively put into motion the sequence of events that led to the invasion, the deaths of his friends, the deaths of several Marleyans, and, in a long-winded sense, Falco Grice’s actions are the butterfly wingbeat that leads to The Rumbling. We also cannot overlook Falco’s bravery in the Eldian invasion of Marley when he protected Pieck from Jean armed with Lightning Spears. 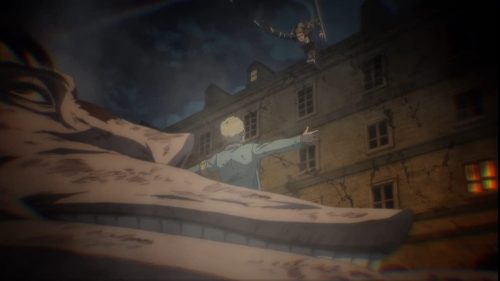 I’m South African, harboring an obsession for anything remotely related to Japan, mostly anime, of course. I draw sometimes. Some people call me Naledi, it’s my real name, or something like that. People think I’m stoic because I don’t smile often (I do sometimes). I like languages. Hoshi-kun and Naledi are the same side of the same coin.